I’m working on a Node project that runs on the BrightSign hardware. To run a node project, one only needs to copy the project files to the root of a memory card and insert it into the device. When the device is rebooted (from power cycling) the updated project will run. For me, this deployment process, though simple, has a problem when I’m in the development phase. There’s no way for me to remotely debug what the application is doing, this results in a lot more trial-and-error to get something working correctly since there’s no access to the information of some errors. Usually when testing the effect of some code change I’m developing directly on a compatible system and can just press a run project see it execute. Copying the project to a memory card, walking over to the BrightSign, inserting the card, removing the power connector, and then reinserting the power connector takes longer. Consider that there are many cycles of this that must be done and you can see there is a productivity penalty.

In seeking a better way, I found an interface in the BrightSign diagnostic console that allows someone to update individual files. Navigating to the BrightSign’s IP address displays this console.

It doesn’t allow the creation of folders, though. After using the Chrome diagnostic console to figure out what endpoints were being hit I had enough information to update files through my own code instead of using the HTML diagnostic interface. Using this information, I was able to make a program that would copy files from my computer to the BrightSign over the network. This functionality would save me some back-and-forth in moving the memory card. I still needed to perform the initial copy manually so that the necessary subfolders were in place. There’s a limit of 10 MB per file when transferring files this way. This means that media would have to be transferred manually. But after that, I could copy the files without getting up. This reduces the effort to running new code to power cycling the device. I created a quick .Net 7 core program. I used .Net core so that I could run this on my PC or my Mac.

To copy the files to the machine, I iterate through this array and upload each file, one at a time. The upload requests must include the file’s data and the path to the folder in which to put it. The root of the SD card is in the file path sd, thus all paths will be prepended with sd/. To build the remote folder path, I take the absolute path to the source file, strip off of front part of that path and replace it with sd/. Since I only need the folder path, I also strip the file name from the end.

With the file parts separated, I can perform the actual file upload. It is possible the wrong path separator is being used since this can run on a Windows or *nix machine. I replace instances of the backslash with the forward slash. The exact remote endpoint to be used has changed with the BrightSign firmware version. I am using a November 2022. For these devices, the endpoint to write to is /api/v1/files/ followed by the remote path. On some older firmware versions, the path is /uploads.html?rp= followed by the remote folder path.

I found if I tried to upload a file that already existed, the upload would fail. To resolve this problem I made a request to delete a file before uploading it. If the file doesn’t exists when the delete request is made, no harm is done.

When I had the code this far, I was saved some time. To save even more I used the FileSystemWatcher to trigger my code when there was a change to any of the files.

My change handler uploads the specific file changed. It was still necessary to power-cycle the machine. But the diagnostic interface also had a button for rebooting the machine. With a little bit of probing, I found the endpoint for requesting a reboot. Instead of rebooting every time a file was updated, I decided to reboot several seconds after a file was updated. If another file is updated before this several seconds has passed, then I delay for more time. This way if there are several files being updated there is a chance for the update operation to complete before a reboot occurs.

Now, as I edit my code the BrightSign is being updated. When I’m ready to see something run, I only need to wait for a reboot. The specific device I’m using takes 90 seconds to reboot. But during that time I’m able to remain being productive.

There is still room for improvement, such as through doing a more complete sync and removing files found on the remote BrightSign that are not present in the local folder. But this was something that I quickly put together to save some time. It made more sense to have an incomplete but adequate solution to save time. Creating this solution was only done to save time on my primary tasks. Were I to spend too much time with it then it is no longer a time saver, but a productivity distraction.

Posts may contain products with affiliate links. When you make purchases using these links, we receive a small commission at no extra cost to you. Thank you for your support. 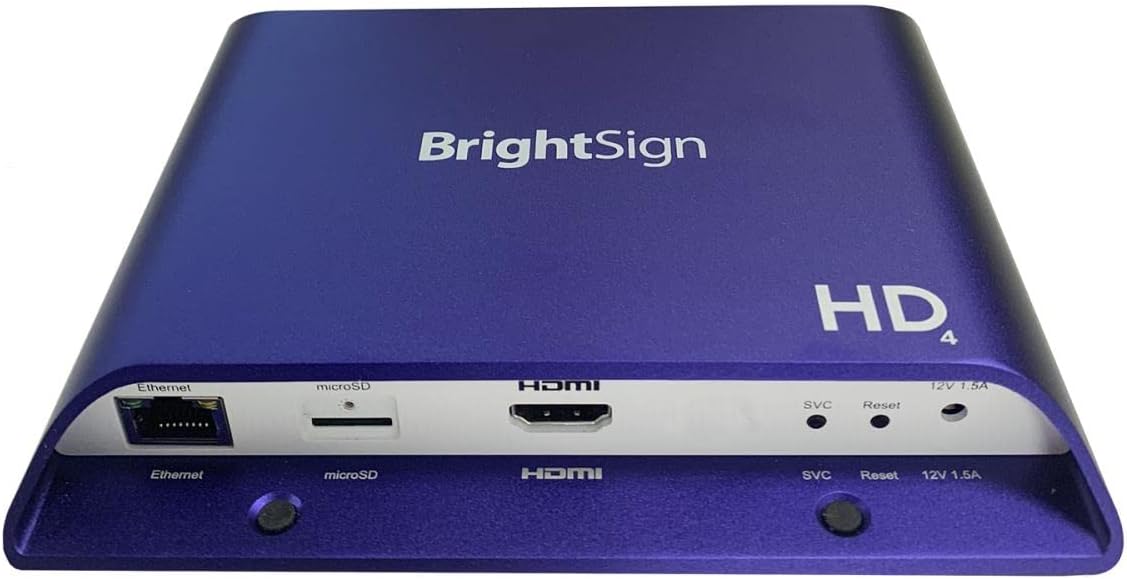